Why We Are Pagans 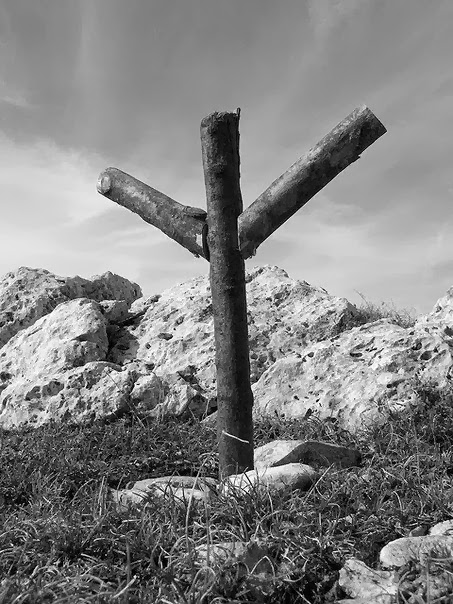 What do we see in paganism? Why are we inspired by the age old traditions of the ancient Germanic peoples? In this article we will shortly try to explain this. Germanic paganism offers us a complete cosmography which includes all aspects of human life. However it´s not a rigid dogma, but a worldview that gets shape through a number of norms, values and ethics. These are narrated by the Edda; the only written account about Germanic Paganism. In the Edda we find a collection of mythical and heroic verses from the 10th century, in which the world as the Germanic tribes viewed them was described.

At the foundation of this germanic ethics lies human action; the eternal wisdom that the power over life is in our own hands. In contradiction to modern monotheist religions such as Christianity, it does not promise a beautiful and perfect hereafter after an empty and disconsolate life, but propagates man as the master of his own soul. in essence Germanic paganism calls for embracing felicity in the here and now. As a consequence of our own actions, we take the happiness which we realize and earn in this life with us to the afterlife. Germanic paganism emphasizes our personal responsibility in the here and now. This Germanic ethics are clearly expressed in “The words of the Exalted” (Hávamál) in the Edda. In these collected verses we find wisdom and advice for human relations.

Some pagans blame us that we are involved in politics. But how can we separate this from a cosmography that provides us guidelines for all aspects of human life? Germanic paganism, provides us with a clear political alternative. It teaches us that people are no passive sheep who have to blindly follow the ruling class, but that they have to and can make their own choices. This was also expressed by the political organisation of the Germanic tribes, where noble leaders only existed by the grace of the people and where any Teuton had a democratic participation in “the Thing” which was directed by the Druids. All this was described in detail in Tacitus his book “Germania”. Paganism does not offer us a god to blame for our imperfections, the pagan gods teach us to live our own lives by example, as recorded in the Edda. They teach us that only values such as honour, loyalty, courage and justice can provide us with happiness and prosperity. Noble values that sadly seem to have entirely dissappeared in this modern world.

In a world plagued by an unprecedented environmental pollution and in which nature is destroyed by modern man in a pace that the world has never seen before, paganism also provides us with clear guidelines for a responsible interaction with the environment and the ecosystem. In Germanic paganism nature is a holistic reality: it´s a structure of interconnected worlds woven around each other, intertwined, and responding to each other. Paganism is the worship of nature and all living things, it disapproves greed and suggests modesty in all aspects of life. Germanic culture was immersed in the different natural patrons which determine daily life. It was the recognition of these foundations that drew attention to the gods and the powers they possessed. Germanic paganism teaches us that we have an ancient and enduring relationship with the natural world that surrounds us. 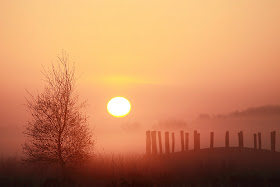 Therefore Germanic paganism does not represent a long lost past, nor a trendy new age cult for us, but an ancestral wisdom and ancient tradition that offers us a clear guideline for contemporary life. We are not longing for a return to a mythical and romantic past, we are progressive, we want to go forward. However with Germanic paganism we are able to fill the spiritual emptiness of our modern time and reclaim our heritage for revolutionary goals. It promotes a world in which the community and family are central and in which every individual is able to think, choose and act for himself. It offers us the revolutionary worldview that we need in the social emptiness of the 21st century. It teaches us that only through the community we can rebuild all that has value and that it´s only by the community that we can redetermine what is “good” and “evil”. A look at our pagan past, gives us a look at an alternate future.

In this age of globalisation and alienation the people have in many ways been cut off from its ancestral wisdom. Only by reclaiming this legacy and by reinstating it, can we open the path towards a better, more exalted and more fulfilling life. This heritage offers us an alternative cosmography, liberated from the oppressive dogmatism and moral relativism of our modern age. Germanic paganism leads us the way to healthy balance between authoritarian rules and uncontrolled chaos, between individualism and collectivism; it provides us with a good guideline for the realisation of a truly free, peaceful and harmonious society. Being pagan means being in contact with the world around you. With a sense of meaning and community it offers an answer to the disillusionment of a monotone globalized world.

Although Germanic paganism knows a strong particularistic element, it also knows an universalist element. In different forms, but substantially in the same essence, we find the wisdom of Germanic paganism back in all nature religions the world has known and still knows. The great migrations have spread the pagan language, religion and mythology from Northern Europe to Southern Asia. Also the Greek Homerus and the Roman mythology that later on developed from it, show clear parallels with Germanic paganism. Also with other nature religions, like those of the native tribes in parts of Asia and South-America, who have maintained their primitive style of living until today, we see strong resemblance with the Germanic faith. This is because all these nature religions have in common that they find their inspiration and might in the elemental forces of nature. All are based on the metaphysical reality that nature offers us. And so the diversity of peoples and cultures on this world all know their own ancestral source, in which the basic wisdoms needed for a life in harmony with nature is conserved. Only by learning from our distant past, we can secure an alternate future for ourselves and for humanity.
----------------------------------------------------